← back to
Chapter Music
Get fresh music recommendations delivered to your inbox every Friday.
We've updated our Terms of Use. You can review the changes here.

Talking To A Stranger 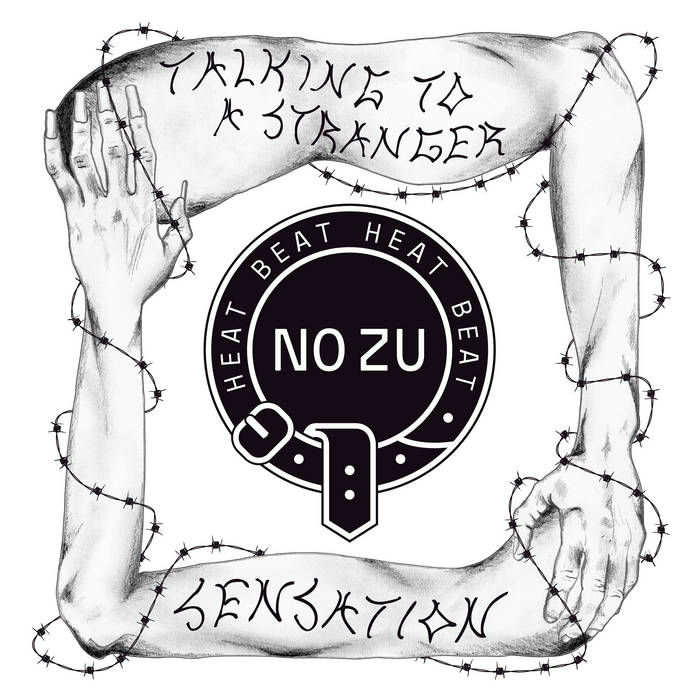 Melbourne’s irrepressible "heat beat" collective NO ZU come charging back with a double A-side single, covering all-time heroes Hunters & Collectors and Bryan Ferry.
These are the first new sounds from NO ZU since the mutant punque-funque of second album Afterlife (2016) and remix EP BODY2BODY2BODY (2017). Afterlife took NO ZU to Spain’s Primavera festival and a huge concert broadcast live on French Television for Transmusicales Festival. BODY2BODY2BODY saw Afterlife tracks reworked by the band's own 80s idols A Certain Ratio and Jonny Sender of Konk.
Since then the band has played every Australian festival from Golden Plains to Expo Liaison, with lineups swelling up to 15 people onstage (not including dancers!). They even toured Australia with ESG, in a pairing so perfect it seems unreal.
Still hard at work on Afterlife’s follow up (what comes after Afterlife?), NO ZU tease us with muscular studio recordings of two live favourites, a swaggering version of Talking To A Stranger by Oz-Rock icons Hunters & Collectors, and the razor sharp disco of Sensation by Bryan Ferry.
A video for Talking To A Stranger recorded in February at Something Unlimited Festival captures the sensual charisma and heaving energy of the band’s infamous live performances. NO ZU make us long to lose ourselves in a dark sweaty crowd, and also tide us over until we can experience that rapture again.
As always, these NO ZU tracks were recorded with engineer auteur Nao Anzai, and then twisted and treated by NO ZU founder and spiritual guru Nicolaas Oogjes, who puts the N and O into NO ZU.
“Like a post-punk band discovering the joys of dub, disco, and Afrobeat” – Pitchfork
“Melbourne’s freakiest multi-limbed ensemble are masters of percussive lunacy and wild x-rated boogie” – The Vinyl Factory
“Radiates with freakout energy, married with lashings of house sweat” – Vice “NO ZU deliver a P-funk leaning house jam and it’s absolutely irresistible” – Last Gas Station
“The sound of Goat meeting Talking Heads in a Bahamian studio with the dub disco vibes rolling high” – Test Pressing

NO ZU is HEAT BEAT™.

Bandcamp Daily  your guide to the world of Bandcamp

Oakland producer Mejiwahn chats about his breezy and transportive LP.